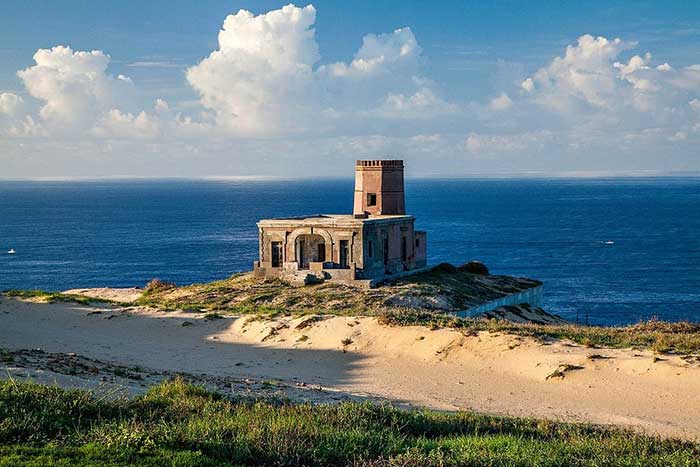 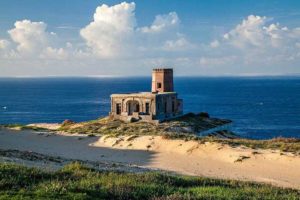 Perched on cliffs high above the cobalt-blue sea, the par-3 sixth hole at Quivira Golf Club, with its deep, elongated green carved into the base of a massive dune, is one of the most dramatic one-shotters Jack Nicklaus has ever built. As Quivira regulars know, the cart path that leads from the sixth green to the seventh tee swings past a stunning stretch of seaside cliffs to an equally memorable site, the region’s original lighthouse. Situated at kilometer zero at true Land’s End—the exact place where the Sea of Cortes meets the Pacific Ocean—the castle-like lighthouse, known as Faro Viejo, dates to 1905 and is the oldest standing structure in Cabo San Lucas.  Even the most score-obsessed golfer cannot help but marvel at the sturdy construction and octagonal stone tower of this National Historic Monument perched more than 200 feet above the thrashing surf. Though no longer operational, this impressive edifice has staying power!

However, as Jason Scott Deegan noted in a recent story for Golf Advisor, “See the Light: More golf courses with views of lighthouses around the world,” Quivira has not one, but two lighthouses on its property. Peering down on the course from its rocky mountain perch nearly 700 feet above sea level, Cabo’s newer lighthouse, a cylindrical, red-and-white-striped tower that dates to 1959 and sits high above the 14th hole, emits a white flash to guide ship traffic.

Golf course designers often talk about signposting their holes with “lighthouse” bunkers to direct strategic play. These well-placed bunkers invite golfers to think tactically. Quivira, arguably the most daring, eclectic course Nicklaus has ever built, has the fewest number of formal bunkers (roughly 40) of any of the courses on his extensive resume, yet every one of them serves a strategic purpose.

Nicklaus was stringent in his bunkering at Quivira for a reason: the spectacular clifftop site did not need to be over-embellished with sandy hazards. From start to finish, observant players will notice the presence of numerous directional bunkers. From the vantage point of the tee, many of these hazards serve as aiming points that are typically beyond the reach of an average drive. A few—such as the large central bunkers at the par-4 third and par-5 15th holes—pose a risk/reward challenge, forcing golfers to aim left or right or tempting them to carry over the trouble. On the other hand, several of the bunkers and waste areas at Quivira are penal and need to be avoided at all costs. These include the broken sandy ground in the corner of the par-5 10th; the sandy margins of the Z-shaped par-5 12th; and the cavernous greenside bunker at the par-4 18th hole.

Just as there are two lighthouses, old and new, at Quivira, the bunkering on the club’s Jack Nicklaus-designed course reflects his evolution as a designer. Handed a dazzling site with a little bit of everything that Cabo’s unique environment offers, from massive dunes and rolling foothills to twisting arroyos and acres of cactus, Jack’s bunkers at Quivira, while few and far between, are a beacon to thinking golfers. 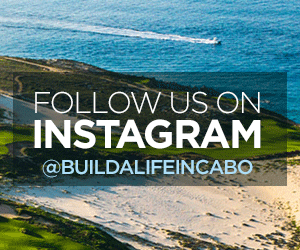 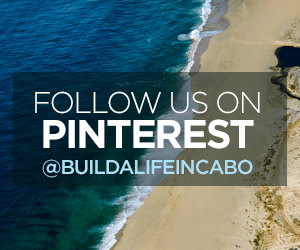 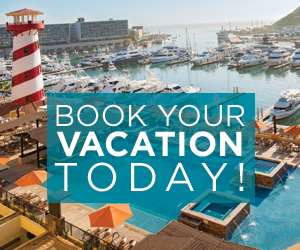